They say you should never judge a book by its cover. But to be honest, the only reason I stumbled upon the Urban Fantasy genre back in 2008 was because I completely, utterly and totally fell for this bad-ass cover: 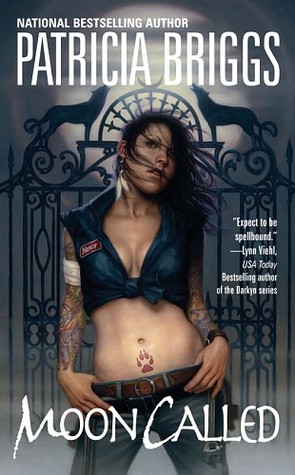 It’s the first book in the Mercy Thompson series by the amazing Patricia Briggs – go check her and her books out now! I’ll wait…

I know a few people who don’t like this cover, but they’re not Urban Fantasy fans, either. I guess the cover spoke to me so much because it perfectly represented what would become my favorite genre.

I loved the book blurb, too, but the first thing that caught my attention was the cover. The cover is the reason I picked the book up and read what it was about on the back.

And that is the effect all authors hope for from their book cover: that it will draw the ideal reader to their story. I, as the author, figure that if it’s a cover that I would pick up the book for in a bookstore, then my ideal reader will, too (as long as cover and story fit together).

Even in this digital age, covers are still vital to sales numbers – especially for new authors. Authors who publish via publishing houses often get no say whatsoever in their covers (the books of my favoritest author(s) evah aren’t graced by the best of covers – she calls it the “Cover Curse“, LOL).

It’s one of the great benefits of self-publishing: my cover is completely in my own hands.

Knowing this, I started looking for a cover about a year ago; doing research on cover artists and what they charge for their services.

I soon found The Book Cover Designer, a website where cover designers upload and sell their premade covers. Premades cost less than custom-made covers, because the cover designer creates a cover without there being an actual book behind it – yet. Authors can go through the premade covers and find one that fits their story.

Most cover designers are ready to make small changes to the premade cover without upping the price. And once a premade is sold, they won’t sell that (exact same) cover again.

So I searched for a fitting premade cover so I wouldn’t have to pay 300$ or more for a custom cover for my first novel.

There were a handful of elements I wanted to be in the cover:

I scoured The Book Cover Designer’s frequently updated selection for about a year. I found a few premade covers that might have worked, but none that felt like a perfect fit. Until, at the end of May, I came upon this one (without the SOLD-Banner, of course):

As soon as I saw it, I became excited. It fit almost all of my criteria, and I immediatley had an idea on how to ‘fix’ one of them that was missing.

As an added bonus, this was a cover that would make me – as a reader – pick up the novella.

So I contacted Dan van Oss, the cover designer who’d whipped up this premade cover. I told him I was interested and that I would order the next cover as a custom-made from him if he made the following two changes in this premade for me:

Dan replied almost immediately with an “of course, no problem at all.” He was super easy to work with and completely accomodating. We emailed back and forth a bit about what sort of monster I was thinking of and about information on title and author name.

Four days later, I had my beautiful, perfect ebook cover:

I don’t even care if anyone else does (though I would love to read your opinion in the comments!). It’s so much better than I ever hoped for – especially for a premade cover that cost me only 69$.

Thank you, Dan! I’ll be contacting you soon for the next one. 😉

2 thoughts on “My Cover Story”

Be the first to receive new blog posts as well as information and publishing details about my books.

Get “Once Upon A Nightmare” for FREE

Sign up for my newsletter and be the first to receive new blog posts as well as information and publishing details about my books.